The German Pinscher is a medium-sized dog breeds that starts with G, weighing between 50-70 pounds at 24 inches tall. He emerged during the early 1600 and was mostly used as a ratter. Nowadays, the dog makes a great house dog but with limitations. 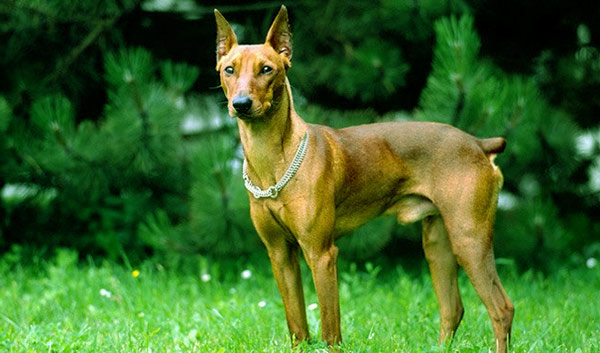 For starters, noisy children will agitate the canine, and it also requires a big house to roam in. It has a short coat that doesn’t shed easily, but like most dog breeds, it will require weekly brushing. Be sure to give it plenty of exercises as well to stimulate his mind.

The German Shepherd is a common military and police dog used in most nations. It’s easy to train, doesn’t cower in the face of danger, and above all, remains loyal to its master. 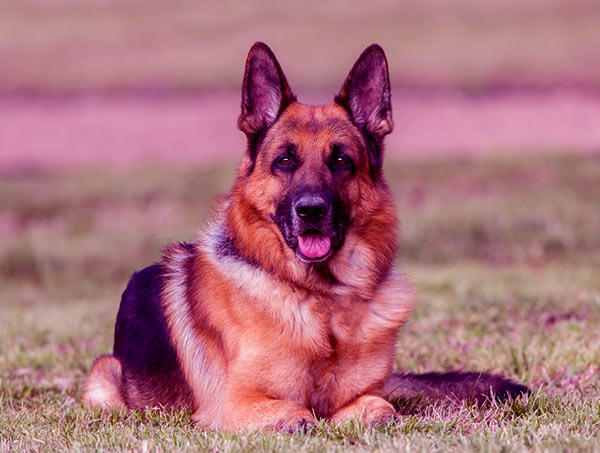 However, before it became the aggressive breed we know it today, did you know that the German Shepherd was a herder of sheep and other livestock? This canine weighs from 50-70 pounds and is considered as a medium-sized breed at 24 inches. He mostly comes in a shade of black and brown with a double coat that sheds on average. It wouldn’t be wrong to say that German Shepherds are one of the famous in the list of Dog Breeds that start with G.

The German Sheprador or Labrashepherd is a hybrid developed from crossing a German Shepherd and a Labrador Retriever. Like its parent breed, the dog is also huge at 25 inches and can weigh up to 85 pounds on average. 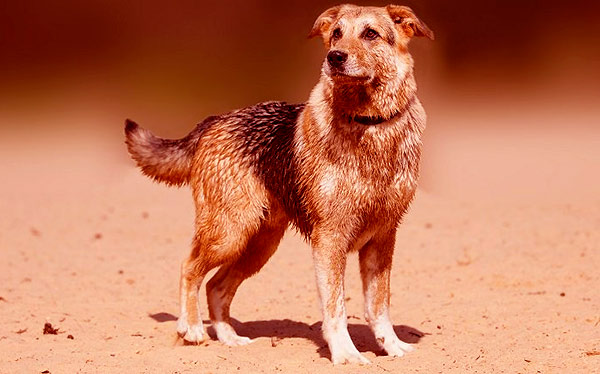 Moreover, it’s very easy to train and mostly used as a guard dog. Other owners have him as a companion dog. He is very good with kids but can be wary of strangers with a tendency to attack. Therefore, training is highly essential for this breed.

As the name suggests, the German Shorthaired Pointer has a short and spot covered coat. All pointer dogs are good at either hunting or sporting activities. This breed fairs in both and more. Its general friendliness makes him a suitable family dog.

Some owners even go as far as enrolling him in competitions as a show dog. He is fairly easy to train and doesn’t have demanding maintenance needs. All you’ll need to do is supply it with a lot of exercise and sporting activities to tire it out. Otherwise, the breed weighs between 45-60 pounds and stands at 23 inches. 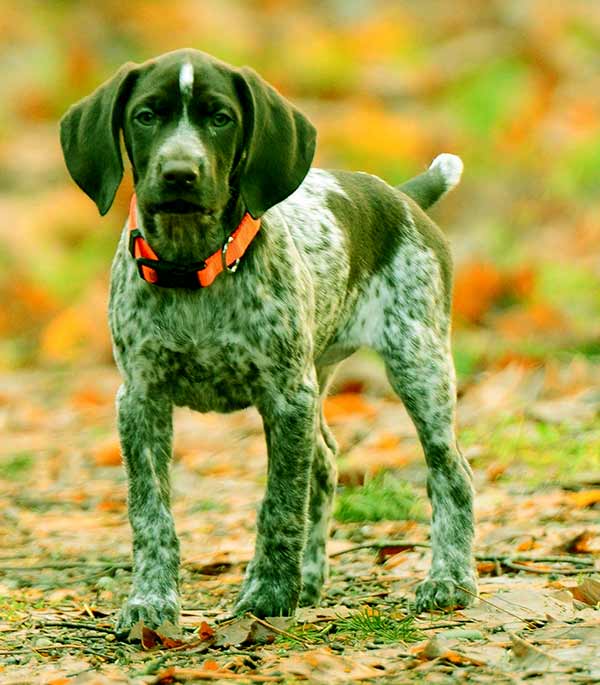 The German Spitz comes in two sizes; the Klein or Mittel, which is slightly larger. They mostly resemble the Pomeranian but are somewhat larger at 15 inches tall and a weight of between 24-26 pounds. Moreover, they are also huge on attitude and like it when they are the only pet in town.

Leaving him with other small animals would prove disastrous as the Spitz can be mischievous. It is recommended to train him to drive his mind with a chew toy to keep him busy. Otherwise, he can make a great companion. 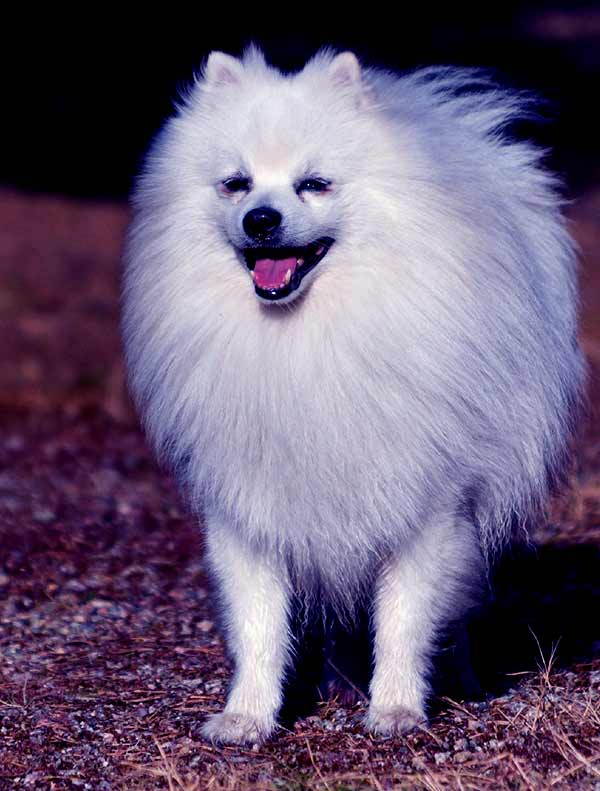 Another in the list of dog breeds that start with G is the German Wirehaired Pointer.

This breed is closely related to the Shorthaired German Pointer. Aside from its an obvious coat and other similar characteristics that they share, the German Wirehaired Pointer is more sturdy and rugged. Furthermore, it can hunt both on land and in the water.

The breed can make a good family pet as well as a loyal guard dog. Like it’s brother, the canine is just as sweet and loving. His wiry all weather-resistant coat has its own set of requirements. For instance, the coat should be stripped and plucked frequently. Otherwise, the breed mostly sheds during the summer. 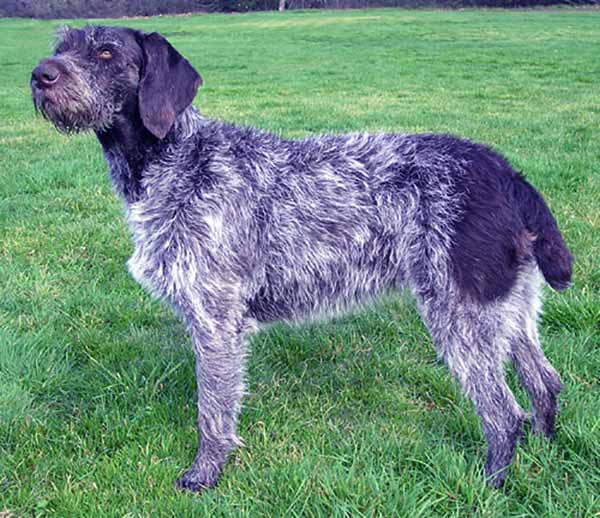 The giant Schnauzer isn’t an excellent choice recommendation for a novice dog owner. He is an independent thinker and mostly doesn’t obey commands unless adequately trained.

Plus, there is also the concern about his size at 26 inches tall and average weight between 55-75 pounds that can overwhelm you. If that doesn’t deter you from getting one, then his high maintenance needs should do the trick. Other than that, he can make an excellent guard dog and help with cattle herding due to his size. 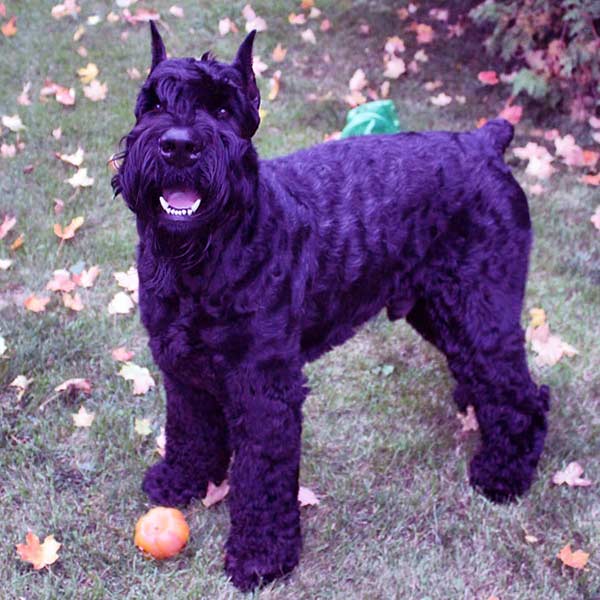 The Glen of Imaal Terrier is yet another furry friend from Ireland. History dates him back to the 16 Century, where he was purposefully bred as a hunter.

Some of his smaller prey included foxes, badgers, and otters. Physically, the dog looks rather odd with his sturdy body and stumpy feet. Character-wise, the breed has an attitude of a big dog and can get rather feisty when rilled up. However, he does make a good watchdog. 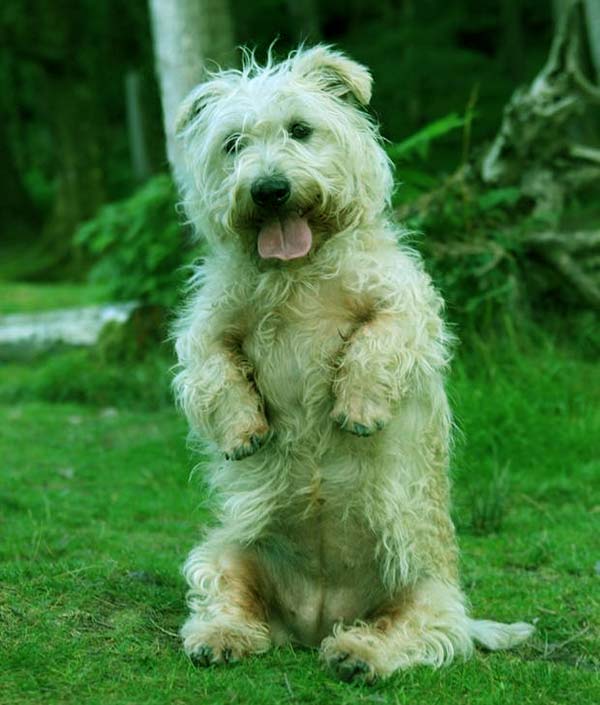 A Goberian is a mix between a Golden Retriever and a Siberian Husky. The breed doesn’t do well on its own and requires a strong leader in a pack or a master to guide him. 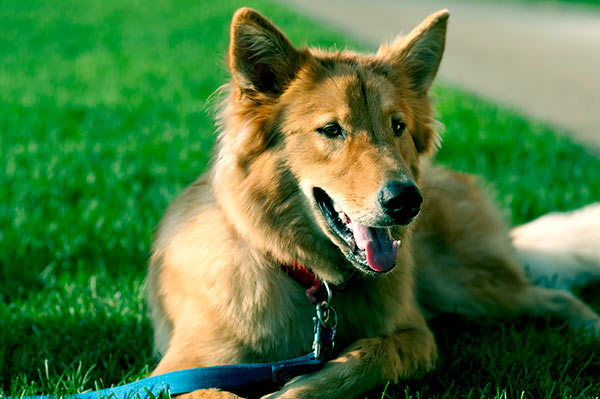 He is very smart, loyal, and usually very friendly, even to strangers. They are generally easy to train, gentle, and soft to the touch with his wavy and highly dense coat. They hardly shed either, thus making them a great companion breed. A standard Goberian can weigh up to 90 pounds and stand at 24 inches tall.

This is a hybrid cross between a Golden Retriever and a Labrador Retriever. From his parents and ancestry, you can already tell that this breed would make a great gun dog. 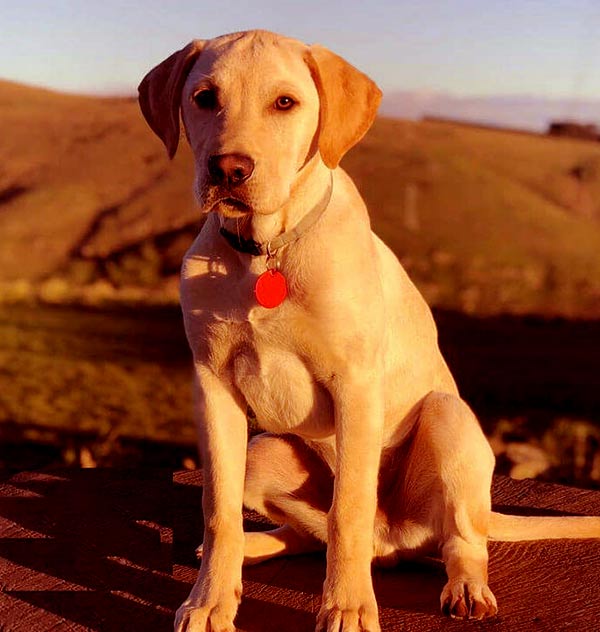 They stand between 22-24 inches and can weigh anything between 60-80 pounds. As a designer breed, most families keep him as a companion dog. He is intelligent, loyal, and fun-loving due to his athletic body.

Are you looking for a smart, affectionate, sweet, and highly social dog? Then the Golden cocker retriever should be an excellent choice. He is a hybrid developed from a cocker spaniel and a golden retriever. 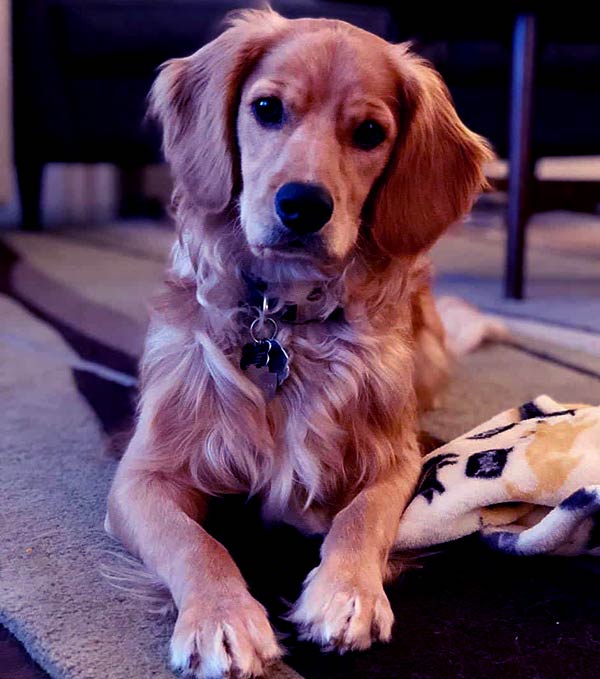 The resulting breed comes highly energetic, standing between 20-24 inches tall and can weigh up to 45 pounds on average. However, its grooming needs require some professional touch to prevent its coat from matting. Good news, though; the breed is not hypoallergenic.

The Golden Mountain Dog is an all American hybrid cross between the Golden Retriever and the Bernese Mountain Dog. The resulting offspring is a large breed of dogs with a fluffy thick coat.

Despite their intimidating size, this breed is generally a gentle dog. They can be very affectionate and are often used as companion dogs. Others use them for herding and retrieving fallen game purposes. 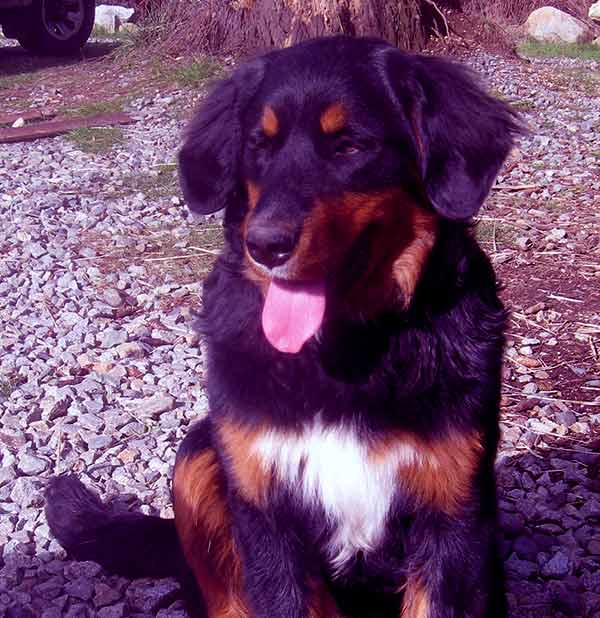 The Golden retriever is one of the popular breeds in the list of Dog Breeds that start with G, and with good reason. They are highly intelligent, fun-loving, companion dogs that make excellent family dogs. 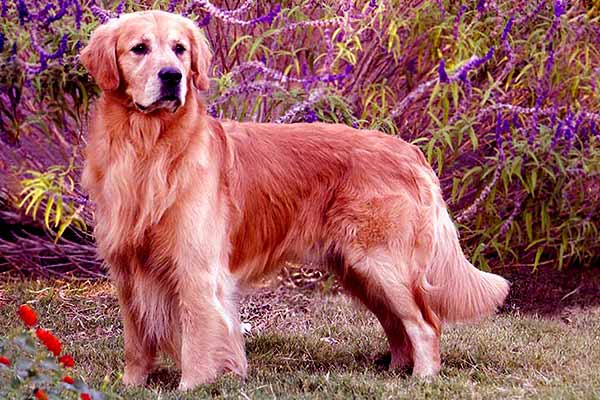 Not only is a Golden retriever great with small children and other pets, but it can also warm up to strangers. It’s highly energetic and mostly enjoys a good run and pleasing its master. A standard Golden retriever stands at 20 inches tall and can weigh up to 70 pounds.

Yet another hybrid is the Goldendoodle who is half Poodle and half Golden Retriever. In most cases, the breed often comes with the coat of the Standard Poodle, which can be rather challenging to maintain. 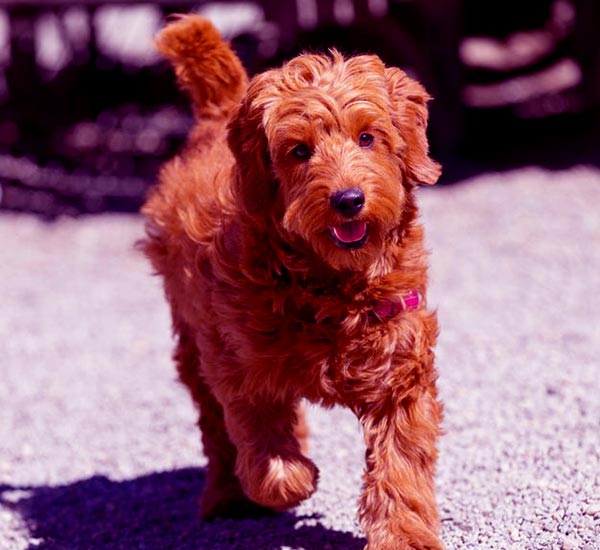 Professional grooming is therefore recommended with this one. Otherwise, ever since they emerged in the 1980s, the breed has often shown unmatched levels of affection to their owners. It’s that same quality that has increased their popularity as a companion dog.

A Gollie is a hybrid cross between a Golden retriever and a Collie. Now that you’re familiar with the Golden retriever’s traits, the Gollie maintains most of those traits plus a couple more. 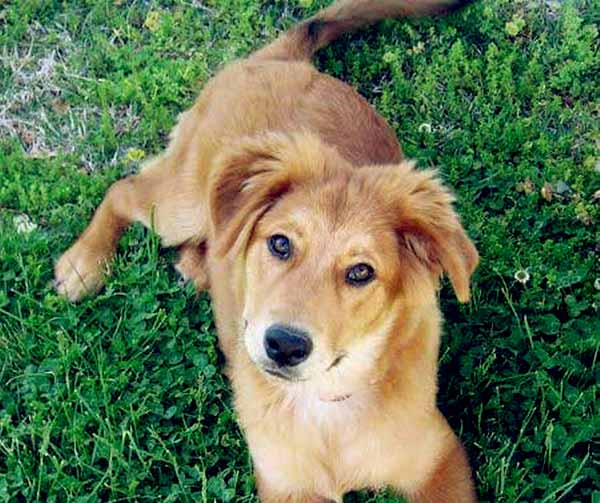 For instance, this breed doesn’t do well in apartment living. Instead, it’s more suited to the suburban life or open farm fields where it has plenty of running space. This is due to its natural instinct for herding. Most Gollies weigh between 55-65 pounds at 22-24 inches tall. It also has long and thick fur that often sheds without warning.

This Scottish breed has had its name rebranded over the years more than once. Initially, they were called the Black and Tan Setter. However, they acquired the name Gordon from the kennels of Alexander, the fourth Duke of Gordon. 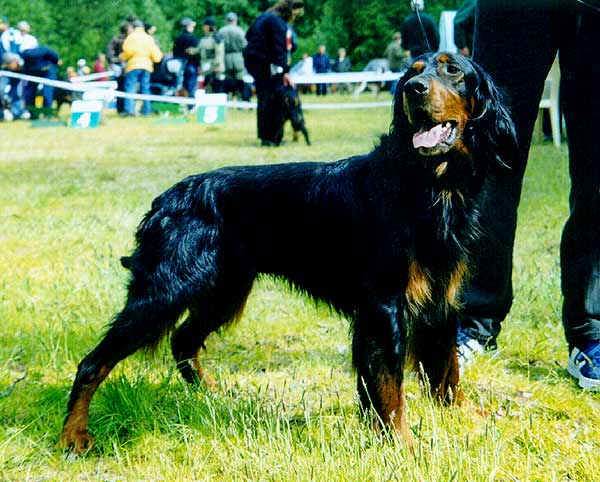 Back then, the breed was solely used as hunting dogs. They are the largest breed in the Setter family. The dog, however loving he is, takes much work to groom. He does shed heavily and also drools moderately.

Largest in the list of dog breeds that start with G is Grate Dane.

A Great Dane is a huge breed of dogs that hails from Germany. It can weigh up to 140 pounds and stand at 32 inches, which more than enough to reach over tables. If not properly trained, the Great Dane can bring more harm than good. 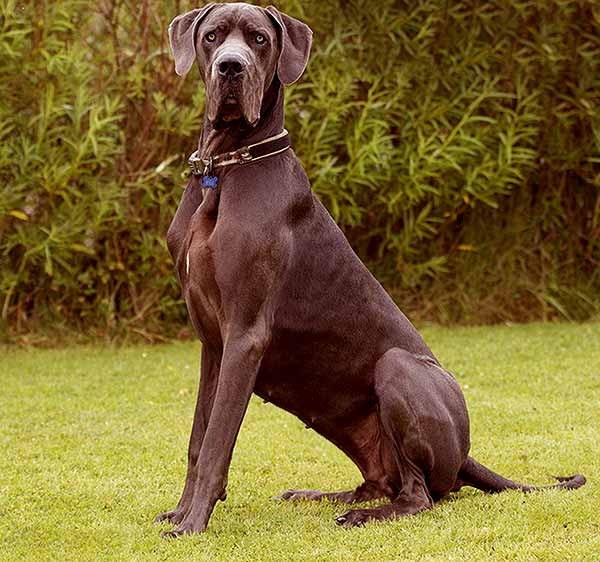 Despite their size, the breed is quite gentle and only works to please its owner. However, it does make a great watchdog and hunter as well. Should you choose him as a pet, be ready to deal with his slobbering.

The Great Pyrenees are originally believed to have come from Asia, where they were used as sheepherders and guardians. Moreover, they are also great with kids and are highly intelligent even to make a great baby sitter.

The dog weighs between 85-115 pounds at the height of up to 29 inches. He only comes in a white coat that sheds just as much. However, the good news is that the breed is hypoallergenic. 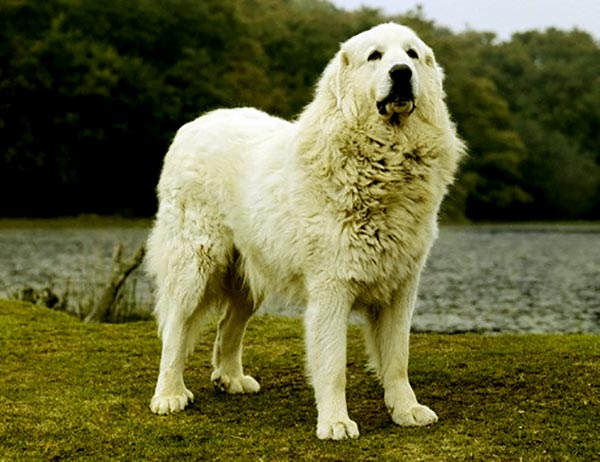 The Greater Swiss Mountain Dog breed is believed to have descended from the Roman Mastiff due to their size. It’s one of Switzerland’s oldest breeds that weigh between 85-110 pounds at 27 inches tall. 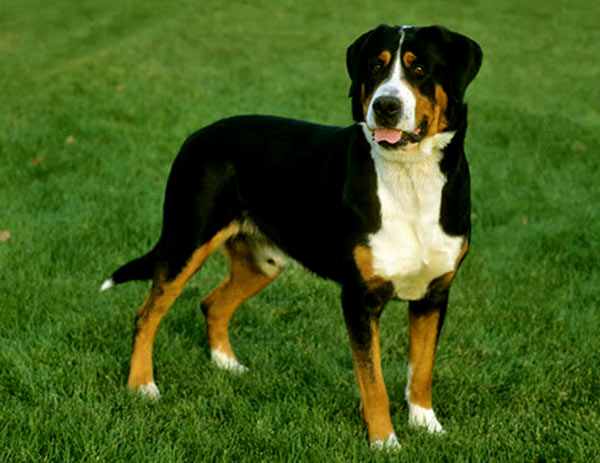 They were mostly used as a guard dog and herding purposes but have grown since then into a loyal family dog. They are great with children as well as other pets in the household. With their double-layered thick coat, it’s best that the dog stays in a cold environment and has plenty of room to run around.

Like all hounds, the Greyhound is built for speed. His long and skinny body enables him to tear through the wind and chase its prey. As a result, the dog was primarily used since ancient times in hunting and coursing.

Originally believed to come from Egypt, a normal Greyhound can weigh up to 65 pounds and stand as tall as 28 inches. They are great with children and small pets. Moreover, their short and smooth coats make them a viable choice if your place is heavily carpeted. 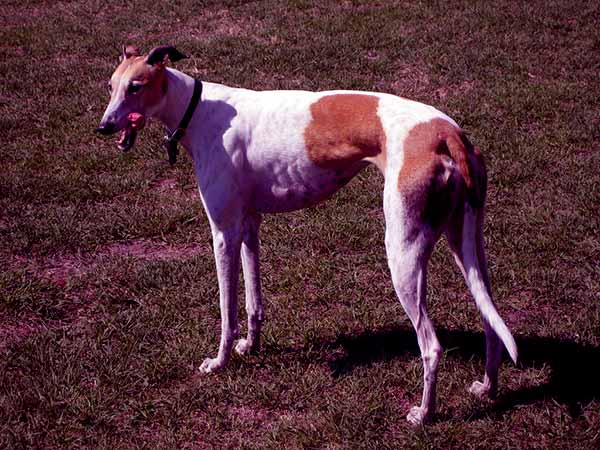 So, which his your favorite Dog Breeds that start with G? Leave us your Comment.