The Labrador retriever and the Dachshund are great dogs but are often plagued with a number of health concerns. As a result, the Dachsador was bred from these parent breeds to help with that.

It’s a great companion dog and will also do just fine on the hunt. The breed comes with a dense wiry and water-proof coat with its tail curled. It is highly hypoallergenic too, and sheds minimally. Otherwise, it’s a medium-sized dog of up to 25 inches tall and weighs about 40 pounds. 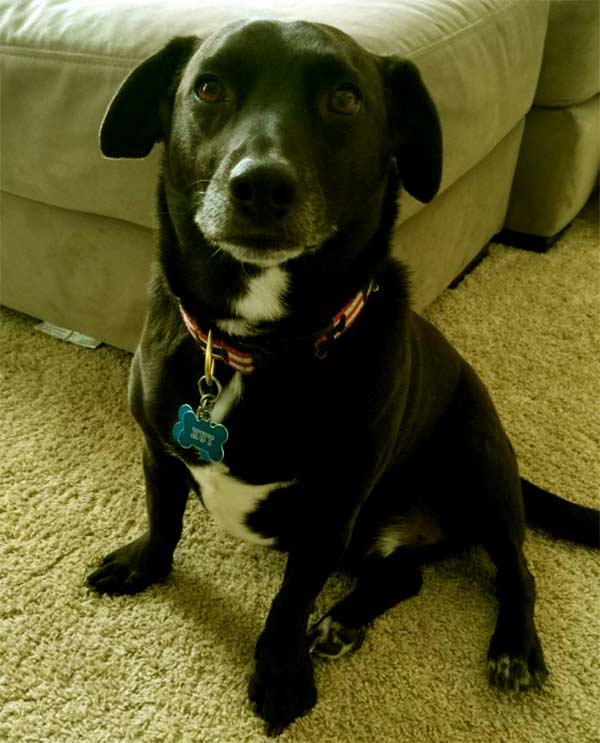 The Dachshund is one of the most popular dog breeds among dog breeds that start with D, from Germany. It’s a known small game hunter and has the tendency to burrow in the lawn when bored.

Training is fairly difficult as well as they get bored easily. This is a breed that requires new excitement every now and then. The dachshund has a long body and equally long neck but short feet.

Generally, a Dachshund should weigh between 11-32 pounds at 8-9 inches tall. The breed comes in two varieties; the wirehaired with a short coat and the longhaired version. Each has their own grooming requirements. 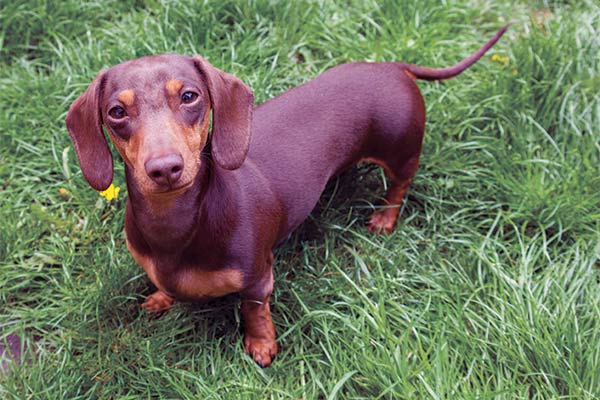 The dalmatian is a very popular breed that is believed to hail from the Mediterranean. It’s highly distinctive based on its spotted coat that requires frequent brushing as it will shed a lot.

The breed is also regarded as ancient as seen on paintings and cave drawings in Egypt and Asia. They are loyal breeds that are best suited for hunting, ratting as well as companionship. If you want a family dog, then this is the breed for you. 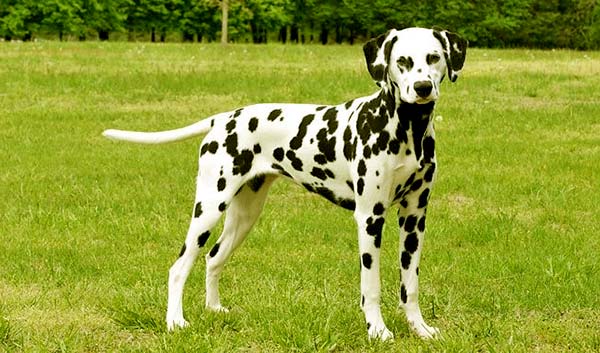 Dalmatian is among the tallest dog breeds that start with D.

The Dandie Dinmont Terrier is one of the rarest breeds worldwide, yet it is very popular. This is partly due to an author named Sir William Scott who wrote a book about a farmer named James Davidson who owned the dog. The world later adopted the name and gave it to the breed.

A Dandie Dinmont Terrier is characteristic of its vermin hunting skills. It’s a highly tenacious small dog weighing only 24 pounds at 11 inches tall and comes with a medium-sized, pencil coat. Maintaining the breed is fairly easy since it doesn’t shed its coat. Weekly brushing should do the trick. 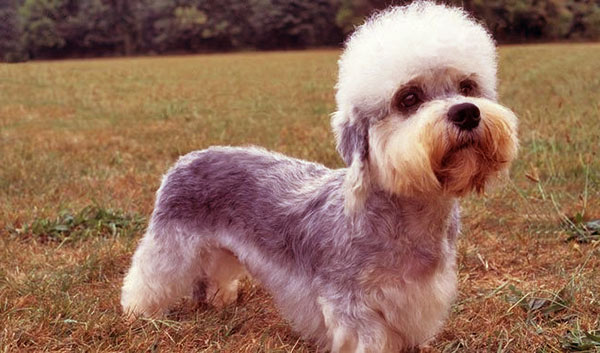 This medium-sized German breed is said to have originated in late 1890 as a gun dog. It is also said to be a descendant of the Spaniels, which share some of its characteristics. For instance, the Deutscher Wachtelhund can track fallen game, and with proper training, it can act as a retriever.

The only downside to this dog breed that starts with D is that smaller pets in the house might turn out to be its prey. Moreover, he can be a little too bearing with kids. This German breed is medium-sized between 18-20 inches and weighs between 40-55 pounds. It comes stocked with brown Schimmel or solid brown coat of medium length. 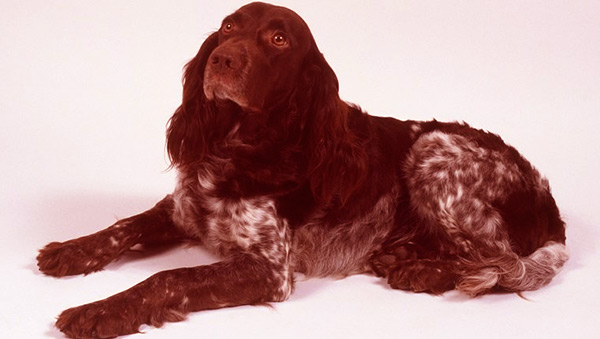 So what do you get when you mix a Doberman Pinscher and a Labrador Retriever? A Doberdor. This is a highly protective and courageous breed that is best suited for guarding the family against intruders.

It is highly recommended to have him on a leash as they tend to attack if not properly trained. The doberdor can weigh up to 80 pounds and stand at 27 inches tall. 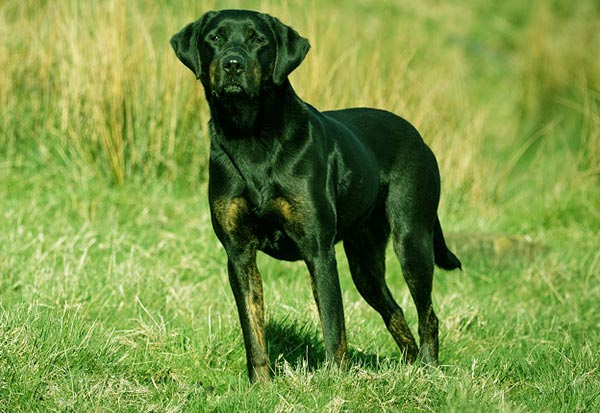 The authorities mostly use the Doberman Pinschers in search and rescue operations as well as drug bursts. They are highly trainable, loyal, and can chase after criminals upon command. They come in large sizes at 26 inches and can weigh up to 90 pounds when fully grown.

The breed emerged from Germany as a personal protection dog. Nowadays, people still use him as a guard dog. They are very clean with short coats, and as a result, maintenance won’t be a challenge. 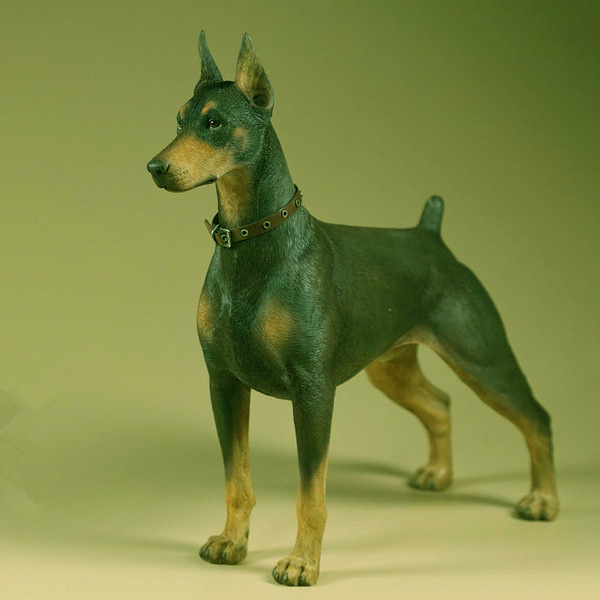 The Docker is a hybrid cross between the Dachshund and the Cocker Spaniel. Regardless, it’s coat is determined by the stronger Dachshund breed’s genes. As a result, the Docker can come with either a long, short, or wire-haired coat. Generally, they are medium-sized at 9-15 inches and weigh from 20-30 pounds.

Just like the Dachshund, the Docker also comes with a long body, short legs, and floppy ears. They are highly intelligent, easy to train, and great with the family. If you’re looking to keeping a pet dog, then the Docker should make a great addition to your family. 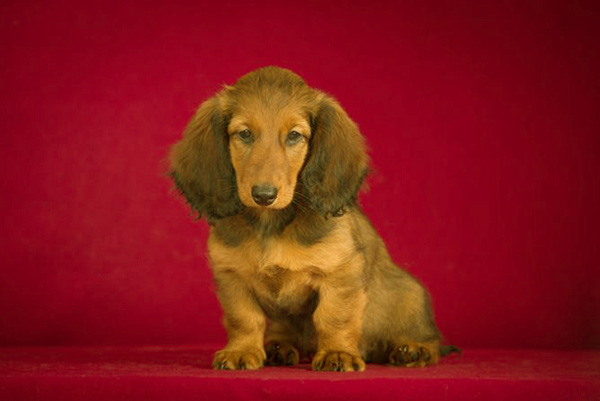 The Dogo Argentino is a natural-born fighter. As you might have guessed already, this breed hails from Argentina and is enormous at 24-26 inches tall and can weigh up to 88 pounds. With its sturdy body that comes highly muscled, this dog can take down large animals such as wild boars.

It may look like a Pit Bull and even shares certain characteristics of the breed. However, pure Dorgo Argentino breeds only come in white, with room for tiny dark patches. Its coat is relatively smooth and short enough that you won’t need to maintain it at all. 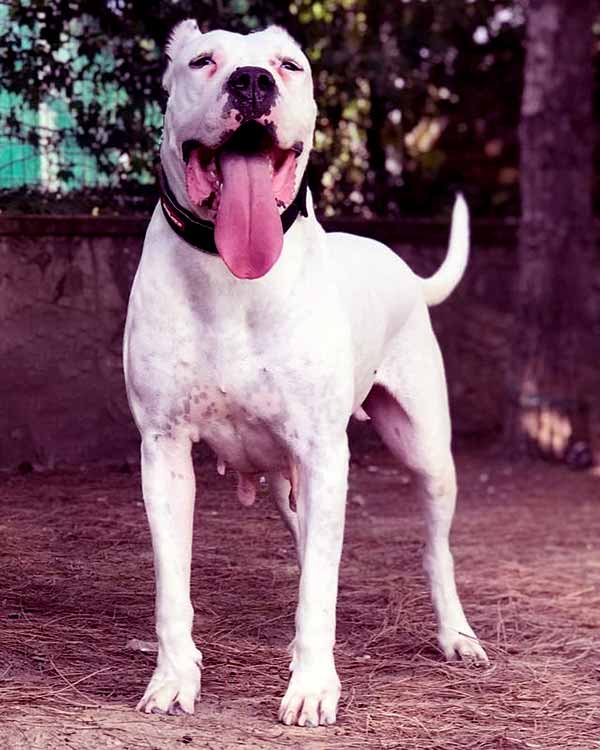 Dogo Argentino is among the largest in the list of dog breeds that start with D.

You probably might recognize the Dogue de Bordeaux from its other name, the French Mastiff. As you’re well aware, Mastiff is a giant breed of dogs. As a result, this one also fits the description standing between 23-26 inches tall and weighing up to 130 pounds.

It makes a fair guard dog and can do well in mauling intruders but also can also make a good hunter. The only downside to owning this breed and other large dogs is their short life span. Moreover, Dogue de Bordeaux is prone to several health defects. 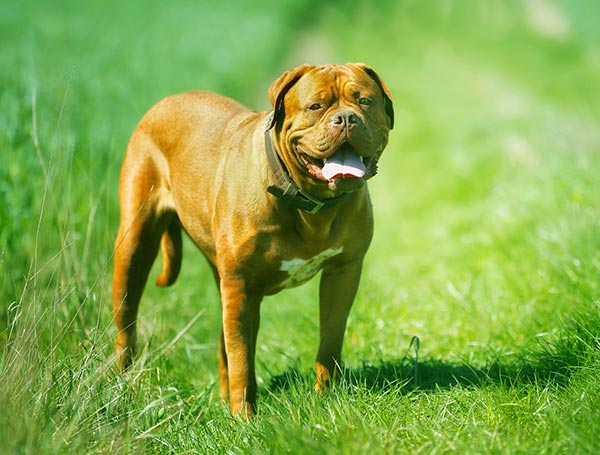 The Dorgi may be adorable with short legs, a long tail, and large ears, but don’t let that fool you. This is a breed that will drain you while training it as it is highly stubborn.

The dorgi is a hybrid pup from a Dachshund and a Welsh Corgi. He weighs up to 2 pounds and stands short at 11 inches. The Dorgi mostly comes in different aspects with coats ranging from wiry, long, short, and coarse. As a result, they will all need different grooming needs. 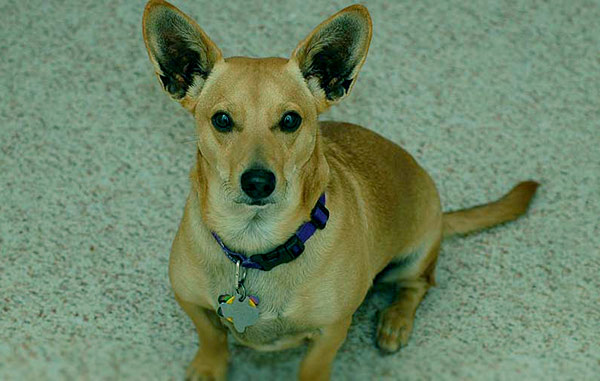 A Doxiepoo is a hybrid cross between the Poodle and a Dachshund. The resulting breed will take up the body of a Dachshund and the coat of the Poodle to some degree. However, depending on the parent breed, some may even resemble the Dachshund entirely.

Moreover, the Doxiepoo also comes either small or medium-sized at 8-21 inches tall and can weigh from 5-30 pounds. This hybrid was bred to serve as a companion dog from the lovable nature of the Poodle. However, different variations have shown stubbornness from the Dachshund genes. 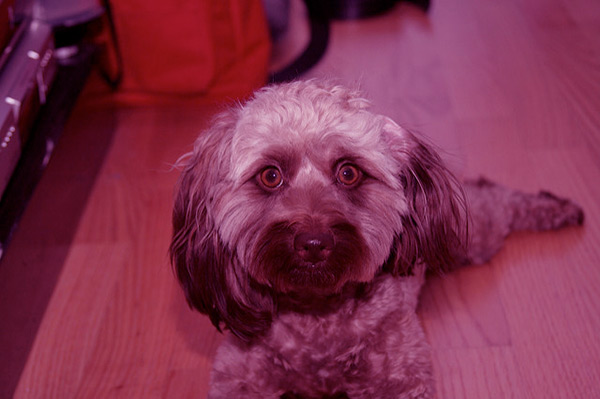 Another in the list of Dog Breeds that start with D is Doxle. The Doxle is the offspring of a cross between a Beagle and the Dachshund. It’s a breed that doesn’t require a lot of action and is generally happy to please its master as a companion dog. The Dachshund’s stubbornness is entirely overtaken by the Beagle’s fondly character in the Doxle.

The breed weighs about 18-30 pounds and comes in short at 11 inches tall. Generally, a Doxle might come in tan, black, golden, chocolate, white, brown, or a combination of any of the above. 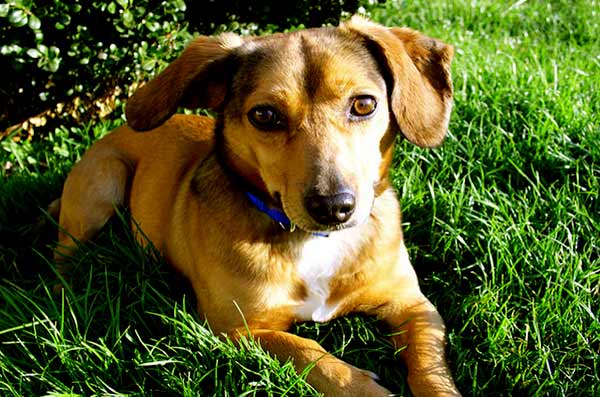 The dog’s name is quite a mouthful and matches the energy he brings into the home. His name is pronounced as da’rinse ah puh’trice hoon and originates from the Netherlands. It hails from the 1500s and was mainly used as a gun dog.

The Patrijschond is a pointer dog and can help with general household chores as well. He is an average shedder and requires minimum maintenance needs. He comes medium-sized at 21-23 inches tall and weighs anything from 40-60 pounds. 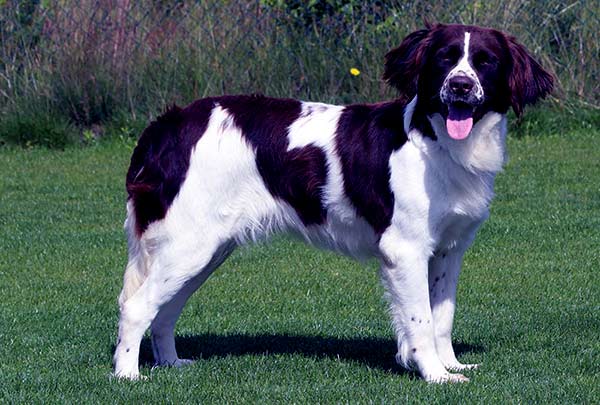 In many ways, a Drever resembles a Dachshund. They both have long backs and short feet and make excellent companion dogs. However, the Dachshund is more popular. The Drever, on the other hand, does come happy and fit but has the potential to become lazy and overweight.

As a result, you should always keep engaged in physical exercise to stimulate his mind. You could use him as a tracker as he belongs to the family of hounds. This Swedish canine comes small at 14 inches and weighs an average of 30-35 pounds. 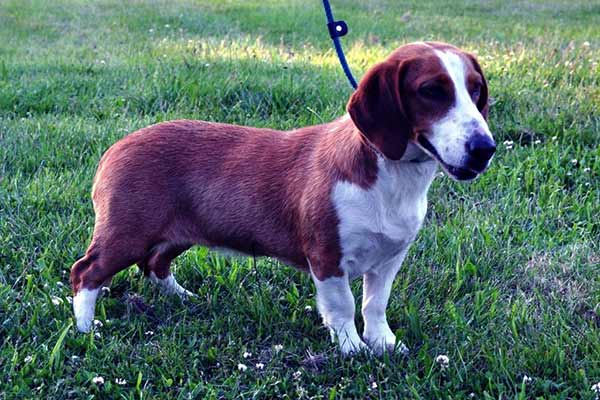 The Dutch Shepherd is a medium-sized breed that originated from the Netherlands. He is not a very common breed and is sometimes mistaken for the Belgian Shepherd. The only differences come in size and coat color, where the Dutch come in more dull colors.

It’s a highly active dog that requires constant work only suited to experienced dog owners.  It can weigh up to 70 pounds at 24 inches tall and mostly excels in herding as well as protecting its owner. 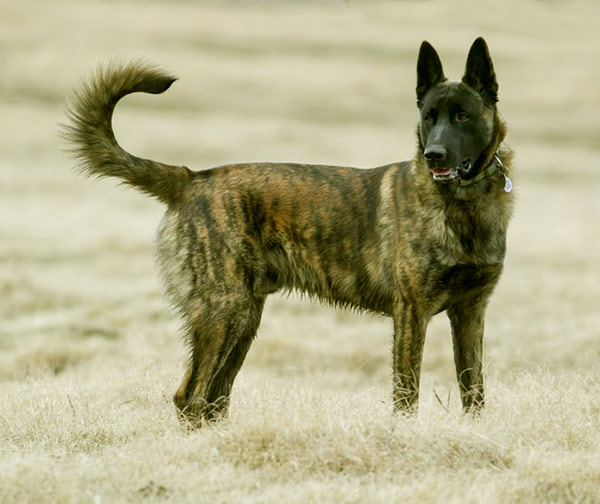 Which is your favorite among the dog breeds that start with D?